A Chinese telecom service provider rolled off its first quantum-encrypted smartphone, May 16, 2022. /CFP

A Chinese telecom service provider rolled off its first quantum-encrypted smartphone, May 16, 2022. /CFP

A Chinese telecom service provider rolled off its first quantum-encrypted smartphone on Monday, a day before the World Telecommunication and Information Society Day.

Launched by China Telecom, Tianyi No. 1 2022 is a smartphone mounted with a quantum-secured encryption module and purpose-built SIM card that can encrypt and decipher voice calls on the phone through the China-produced chipset and algorithm, the company said. 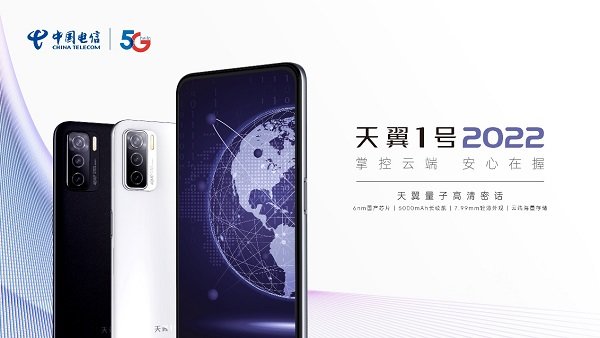 Unlike traditional cryptography, the technology uses single photons in quantum superposition states by which the key is embedded to guarantee unconditional security between distant parties.

Quantum superposition is a fundamental principle of quantum mechanics, which stipulates that much like waves in classical physics, any two or more quantum states can be added together.

The communication is, therefore, “unhackable” as any attempt to intercept the key would be known immediately both to the sender and the intended recipient.

First, an authentication key is picked from the 130,000 sets of quantum-generated keys embedded on the SIM card when a user initiates a secured call. Users’ identification will be verified over the top (OTP) and the quantum network will generate a new real-time key to encrypt voice data.

Lastly, a quantum distribution key is used to protect the the one that’s protecting voice calls.

The quantum network refers the world’s longest, optical fibre based, quantum key distribution network that was opened in 2017. In more than 2,000 kilometers, the network can provide key distribution services to 12,000 users at the same time.

The communication line connects five cities from Beijing to Shanghai, as well as the Austrian Academy of Science through a relay satellite, Micius, the world’s first quantum communication satellite.

The service is available when both senders and recipients use the quantum-based phone, and the product prototypes are now in the market for testing in some regions across China, the company said.

(With input from Xinhua)