Apple’s third-generation iPhone SE will feature an iPhone XR-like design with Touch ID and be the company’s last ‌iPhone‌ with an LCD display, according to Chinese site MyDrivers. 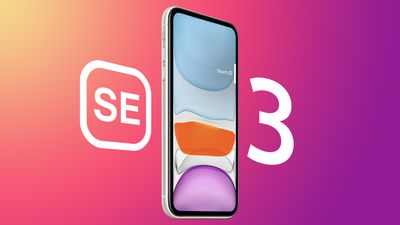 A machine translation of the report explains that the design of the third-generation ‌iPhone SE‌ is based on the ‌iPhone‌ XR, and will feature a ‌Touch ID‌ fingerprint scanner built into the side button, as well as an LCD display, the A15 Bionic chip, and 5G connectivity. The report noted that the device is expected to be Apple’s final ‌iPhone‌ with an LCD display, with future iPhones moving to OLED or other, more advanced display technologies.

MyDrivers acknowledged that this assertion stands in contrast to other recent claims that the third-generation ‌iPhone SE‌ would continue with the design of the current, second-generation model, but was insistent that it is correct. The ‌iPhone SE‌ currently shares the same design as the now-discontinued ‌iPhone‌ 8, with a ‌Touch ID‌ scanner built into the Home Button.

Rumors around the design of the next ‌iPhone SE‌ have been muddled, with rumors from reliable sources such as Ming-Chi Kuo and Ross Young initially saying that the device would feature a 6.1-inch display like the ‌iPhone‌ XR, but with a Touch ID side button. This year, Kuo and Young withdrew these expectations, saying that the third-generation ‌iPhone SE‌ would instead have the same design as the current model with a Home Button.

MyDrivers said that the third-generation ‌iPhone SE‌ will reportedly launch in the spring of 2022, and start with 64GB of storage and the same $399 starting price of the current model.

MyDrivers has a mixed track record. Although the site erroneously suggested that the ‌iPhone‌ 7 Plus would actually be called the “iPhone Pro” and the fourth-generation iPad Air would launch in March 2021, it correctly predicted that the ‌iPhone‌ 7 would be available with up to 256GB of storage, that third-generation iPad Pro would contain a 7nm chip with eight cores, and that the fourth-generation iPad Air would feature a larger display, the A14 Bionic chip, a Smart Connector with Magic Keyboard support, a USB-C port, and stereo speakers.