Lenovo has been dabbling in the dual-screen laptop space for the past few years with the ThinkBook Plus line of devices. While previous models had E Ink displays on the screen that allowed you to closed the laptop’s lid and use it as an eReader or note-taking device, Lenovo’s next-gen ThinkBook Plus is something different.

It’s a notebook with a 17 inch widescreen display and a built-in graphics tablet to the right of the keyboard. Evan Blas shared a leaked picture of the upcoming dual-screen laptop a few months ago, and now he’s back with four new high-rest images that gives us a better idea of what to expect. 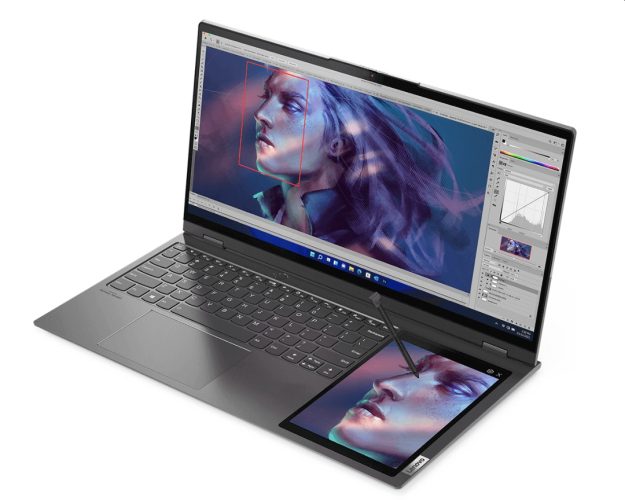 As expected, the most distinctive feature of the new ThinkBook Plus is the secondary display placed to the right of the keyboard. It’s a touchscreen display with support for digital pen input, allowing users to write or draw on the screen.

Images suggest that you’ll be able to use that second screen in at least a few different ways. It could be used as an app launcher, for example, allowing you to open applications without opening the Windows Start menu. It could also be used to show a second or third full-screen app when you’ve got other apps running on the primary display. And you can use it as a graphics tablet for creating or editing artwork. 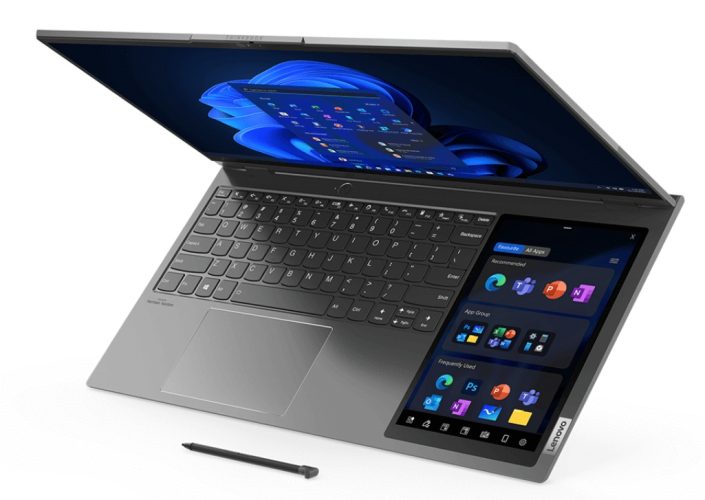 While we don’t have detailed specs for the upcoming ThinkBook Plus yet, pictures show what appear to be an HDMI port and at least two USB-A and two USB-C ports. The hinge looks like it will allow the lid to open to at least a 180 degree angle. And the pen sure looks like it’s designed to fit into a garage in the notebook’s chassis when it’s not in use, although I’m not sure if we can see the hole where it would go. 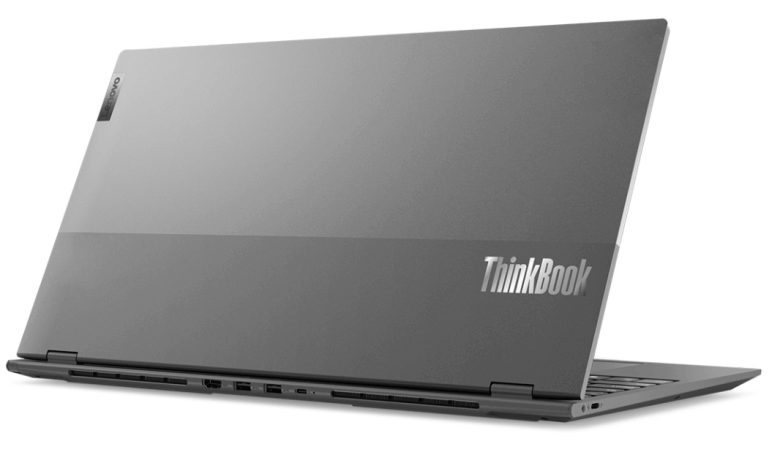 The power button above the keyboard looks like it could also house a fingerprint sensor, and there’s a webcam above the display that appears to have a privacy shutter that can cover the camera when it’s not in use.

I’m not sure how comfortable it will be to type on a keyboard with all of the keys shifted toward the left side of the laptop. But the new ThinkBook Plus looks like a niche device that’s aimed at folks who expect to use the second screen/graphics tablet regularly, which could make the left-leaning keyboard an acceptable trade-off.

We’ll likely learn more about the new ThinkBook Plus when the Consumer Electronics Show begins next week. While Lenovo is one of a growing number of tech companies that’s announced it won’t be participating in the show in-person due to the COVID-19 pandemic, the company still plans to announce new products starting January 4, 2021.

Evan Blass has also posted some leaked images of Lenovo’s next-gen ThinkPad Z-series laptops, reviving a line that the company had used in the past for thin and light widescreen laptops with optional support for cellular data, among other things.