TAMPA, Fla. – We’re fast moving toward a world where vehicles can talk to each other and to the roadway. The Tampa Hillsborough Expressway Authority is looking for 300 drivers to test one of these new systems and it could lead to fewer crashes on Tampa roadways.

“The connected vehicle technology is where my car talks to yours. They talk to the infrastructure. It knows when a red light is coming up. It knows that you’re going the wrong way and it will warn you in your vehicle,” explained Sue Chrzan, a spokesperson for the Expressway Authority. “Unlike Waze, you won’t have to look at your phone; it will either come up in the mirror or our new technology in the heads-up display.”

Selmon Expressway users who drive some Hondas, Acruas, Toyotas, Lexus, Hyundais, and Kias are needed to participate in the test of this connected vehicle technology.

The Expressway Authority says drivers in the program would not notice a difference in their driving experience. The goal is to enroll connected vehicles, which would transmit data to the new connected roadway system.

The first level of connected vehicle technology testing has been underway in Tampa since 2015, after the Expressway Authority received a grant to fund the project. It started reporting data from the tests to the U.S. Department of Transportation in 2018.

Now, Tampa is the only place in the country to participate in the next step of testing.

New York City and the state of Montana are next on the list.

In Tampa, Honda, Toyota, and Hyundai are working with the Expressway Authority to facilitate connecting the participating vehicles and the new system.

There is an incentive for drivers who participate. 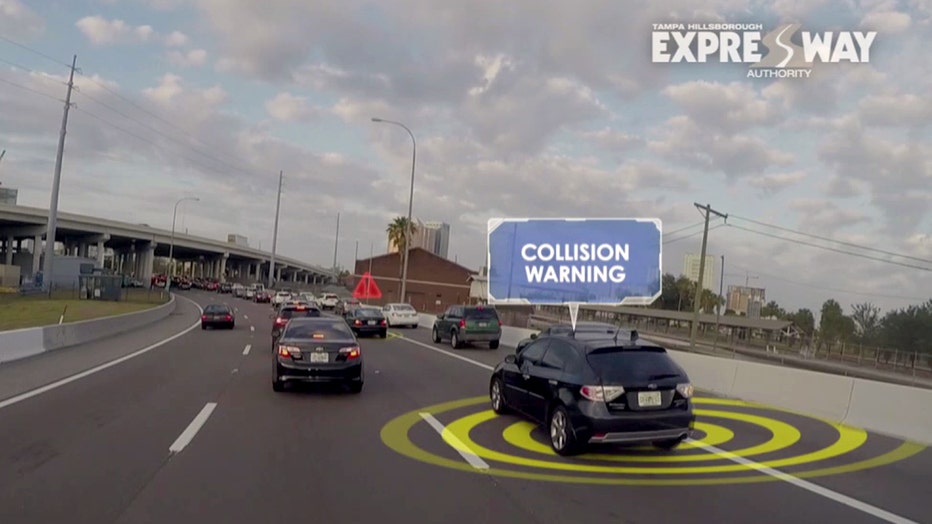 “If they put the connected vehicle technology in their vehicle, then they get a rebate of 30% on their tolls,” Chrzan said.

The Expressway Authority plans to test out the technology with the specific car makers for about two years.

LINK: If you want more information on how to participate, visit https://theacvpilot.com/2021-survey/