Xiaomi intends to step up its challenge to Apple, the company’s founder announced this week (via South China Morning Post). 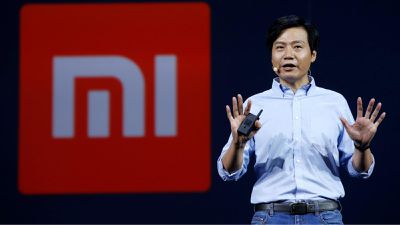 Xiaomi founder and chief executive Lei Jun said on Chinese social media platform Weibo that the company will specifically focus on the high-end segment of the global smartphone market in an effort to directly rival Apple, attempting to fill the void left by Huawei. Huawei was previously China’s largest smartphone vendor before being forced to pull out of the U.S. market. Lei explained that Xiaomi seeks to become the world’s largest smartphone vendor within three years.

“[We aim to] fully benchmark against Apple in [terms of] product and experience, and become China’s biggest high-end brand in the next three years,” Lei added. He went on to describe competition with Apple in the high-end smartphone segment as “a war of life and death” that Xiaomi must overcome.

In the fourth quarter of 2021, Apple overtook Vivo to become the top smartphone brand in China for the first time in six years. Simultaneously, Apple became the leading smartphone vendor in the world, with one in every five smartphones sold being an iPhone.

Like many companies, Xiaomi has struggled with supply chain issues over the past two years, which has hindered the company’s expansion. Nevertheless, in the second quarter of 2021, Apple’s ‌iPhone‌ sales were briefly surpassed by Xiaomi for the first time.

Xiaomi reportedly intends to attract more customers by distinguishing itself from other major Chinese Android smartphone brands that are also targeting Apple’s lucrative high-end segment by focusing on user experience. This will involve opening 20,000 new retail stores in China over the next three years, adding to the 10,000 stores that it currently operates in the country. The company is also investing almost $16 billion in research and development over the next five years.

iPhone Was the Most Popular Smartphone in Q4 2021

As of January 4, 2022, all classic BlackBerry smartphones running versions of BlackBerry OS will no longer work for calls, text messages, data, and emergency functionality, essentially making them unusable. BlackBerry announced the news in September 2020 as part of a broader company shift to focus on enterprise security and solutions. “As another milestone in the BlackBerry journey, we will…

Strong iPhone 13 demand in Taiwan and China has led Taiwanese component suppliers to prioritize production lines for Apple over rival Samsung and many Chinese mobile vendors, according to a new DigiTimes report. Taiwan-based makers of VCMs (voice coil motors), wire winding and other components of smartphone-use lens modules are giving priority to production for Apple, amid strong pre-sales of…

Foxconn, the biggest assembler of iPhones, today announced that the component shortages that have constrained the supply of devices over the past two years are now showing signs of easing, Bloomberg reports. The first quarter of 2022 is said to be experiencing a “major improvement” in parts shortages, and “overall supply constraints” are expected to ease in the second half of the year, a…

Chinese consumer electronics maker Oppo says that innovation in the smartphone industry has “hit a wall” and that people are asking, “What’s next for smartphones?” In an answer to that question, the maker teased its first-ever foldable smartphone named “Find N.” In a press release, Oppo’s chief product officer, Pete Lau, said that following “four years of intense R&D and six generations of…

Apple CEO Tim Cook “secretly” signed an agreement worth more than $275 billion with Chinese officials, promising that Apple would help to develop China’s economy and technological capabilities, The Information reports. In an extensive paywalled report based on interviews and purported internal Apple documents, The Information revealed that Tim Cook personally forged a five-year agreement…

Samsung’s new Galaxy S22 models are some of the fastest Android smartphones ever, but Apple still has the world’s fastest mobile processor by a considerable margin. In a Geekbench 5 benchmark test conducted by PCMag, the Galaxy S22 Ultra with Qualcomm’s Snapdragon 8 Gen 1 processor achieved a multi-core score of 3,433, compared to 4,647 for the iPhone 13 Pro Max with Apple’s A15 Bionic chip. …

Xiaomi intends to step up its challenge to Apple, the company’s founder announced this week (via South China Morning Post). Xiaomi founder and chief executive Lei Jun said on Chinese social media platform Weibo that the company will specifically focus on the high-end segment of the global smartphone market in an effort to directly rival Apple, attempting to fill the void left by Huawei….

Apple hasn’t come out with a new product category since the 2018 launch of the HomePod, and there hasn’t been a new wearable since the 2015 debut of the Apple Watch. That’s set to change in the not too distant future, as Apple’s AR/VR headset is nearing completion and will likely see a launch in 2023. Subscribe to the MacRumors YouTube channel for more videos. Rumors about the first head worn …

Colorado resident Christopher Bryan on Wednesday filed a class action lawsuit against Apple that accuses the company of fraudulently marketing and selling the sixth-generation iPad mini despite being aware of a so-called “jelly scrolling” defect with the device, according to court documents reviewed by MacRumors. A few days after the sixth-generation iPad mini was released in September, some …

SSD prices are likely to increase globally due to contamination issues at Western Digital and Kioxia’s NAND production facilities, and Apple devices may be affected (via TrendForce). The M1 MacBook Air’s SSD modules Western Digital says that it has lost 6.5 exabytes worth of BiCS 3D NAND flash storage due to use of contaminated materials at two of its plants in Japan in January. The…